NEW YORK, Sept 26, 2012 - A whistleblower has filed a lawsuit against The New York Organ Donor Network, claiming that they pressured hospital staffers to declare patients ‘brain dead’ so their body parts could be harvested while they are still alive. He says one in five patients is showing signs of brain activity when surgeons declare them dead and start hacking out their body parts.

“They’re playing God,” said plaintiff Patrick McMahon, 50, an Air Force combat veteran and nurse practitioner who claims he was fired as a transplant coordinator after just four months for protesting the practice.

He said that the donor network makes“millions and millions” from selling the organs they obtain to hospitals and to insurance companies for transplants.“Hearts, lungs, kidneys, joints, bones, skin graphs, intestines, valves, eyes -- it’s all big money,” he said. 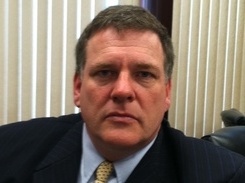 McMahon added that financially strained hospitals are easily influenced to declare a patient ‘brain dead’ because they’re keen to free up bed space.

The suit says that, in September 2011, a 19-year-old man injured in a car wreck was admitted to Nassau University Medical Center. He was still trying to breathe and showed signs of brain activity, the suit charged.

But doctors declared him ‘brain dead’ under pressure from donor-network officials, including Director Michael Goldstein, who allegedly said during a conference call: “This kid is dead, you got that?” the suit charged.

McMahon believed that the 19-year-old man could have recovered, saying to the New York Post: “I have been in Desert Storm, Iraq and Afghanistan in combat. I worked on massive brain injuries, trauma, gunshot wounds, IEDs. I have seen worse cases than this and the victims recover.”

The lawsuit cites three other examples of patients who were still clinging to life when doctors made an official declaration that they were ‘brain dead’, so that a transplant can take place.

The suit says that, in September 2011 a woman was admitted to St. Barnabas Hospital in The Bronx still showing signs of life. She had a kidney transplant earlier in life and network officials used that to pressure her daughter into giving consent. McMahon objected that the woman was still alive, but this was ignored by a neurologist, who declared her ‘brain dead’ — and her organs were harvested. 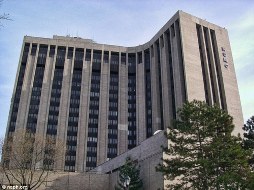 The suit says that, in October 2011, a man was admitted to Kings County Hospital in Brooklyn, again showing brain activity. McMahon protested but was blown off by hospital and donor network staff, and the man was declared ‘brain dead’ and his organs harvested.

The suit says that, in November 2011, a woman admitted to Staten Island University Hospital after a drug overdose was declared ‘brain dead’ and her organs were about to be harvested when McMahon noticed that she was being given “a paralyzing anesthetic” because her body was still jerking. “She was having brain function when they were cutting into her on the table,” McMahon told MailOnline. “He had given her a paralyser and there’s no reason to give someone who is dead a paralyser.”

He said he confronted the person who gave it to her and he was speechless. “Finally he said he was told to do it because while they were cutting her chest open she was moving her chest around. And a paralyser only paralyses you, it does nothing for the pain,” he said.

McMahon says that staff members who collect the most organs get a Christmas bonus at the end of the year.

Daily Mail article by DAILY MAIL REPORTER: Sept 27, 2012: “‘This kid is dead, you got that?’ Donor network ‘pressured medics to declare patients dead so organs can be harvested’” : viewed Sept 27, 2012 at: http://www.dailymail.co.uk/news/article-2208896/Patrick-McMahon-lawsuit-Donor-network-pressured-medics-declare-patients-dead-organs-harvested.html?ito=feeds-newsxml