A hospital in Syracuse, New York, has suppressed for four years the story of a woman’s revival from so-called “brain death”. Colleen S. Burns, 41, of North Syracuse was admitted to St. Joseph’s Hospital Health Center in Syracuse in October 2009 following a suspected drug overdose.

Burns had slipped into a deep coma and doctors were only too eager to declare her “brain dead”. Hospital staff convinced the family to give permission to take her off life support and harvest her organs.

Yet, according to hospital records, one day before Burns’ organs were to be removed, a nurse noticed the patient’s toes curled from the simple reflex test of running a finger along her foot. 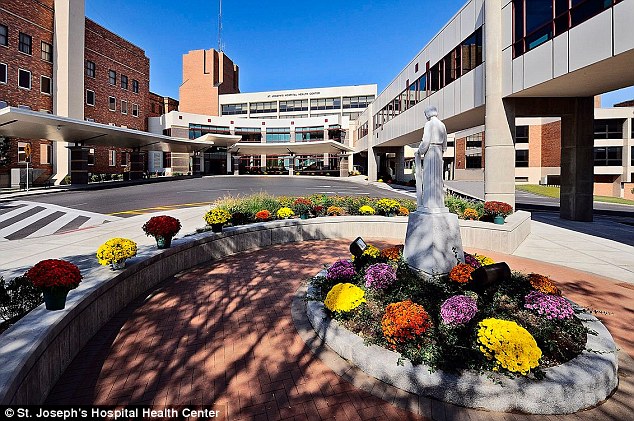 According to New York Daily News:

Then, just before surgery on Oct. 20, 2009, Burns’ nostrils were seen flared as though she was breathing independent of her respirator. Her lips and tongue were seen moving as well. Despite these signs, a nurse injected Burns with a sedative called Ativan just 20 minutes later, according to hospital records.…
(New York Daily News article by Nina Golgowski, viewed JULY 10, 2013 at:
http://www.nydailynews.com/news/national/woman-wakes-organs-harvested-article-1.1393821 )

Yet "the doctor’s notes show neither acknowledgement of Burns’ movements nor the administration of Ativan", says the New York Daily News.

Fortunately, just as surgery was about to begin, Colleen Burns opened her eyes and gazed up at the bright lights hanging over her in the operating theatre. This is what saved her life. If she had not awakened in time, Burns would have become another victim of the organ harvesters... written off as “brain dead” and then dissected alive for her vital organs and other bodily tissues. Removal of her vital organs would have caused true death.

Two weeks later, Burns was discharged from hospital. Sadly, she passed away in January 2011 from another drug overdose.

St. Joseph’s Hospital Health Center and the doctors and other medical staff involved in this incident managed to keep the story suppressed until now. The Health Department has found that hospital officials did not thoroughly investigate Burns’ near-death at their own hands, and did not “identify the inadequate physician evaluations of (Burns) that occurred when nursing staff questioned possible signs of improving neurological function."

The Health Department cited insufficient brain scans, insufficient testing to determine if their patient was drug-free, failing to administer treatment that prevents a drug taken by a patient from being absorbed by the stomach and intestine, and ignoring a nurse’s claims that Burns was not dead but improving. St. Joseph’s was fined a mere USD $6000 for this gross incompetence and malpractice.

No wonder the medical system is so biased in favour of declaring “brain death” and organ harvesting from living breathing, heart-beating brain injury patients.

(From “Syracuse hospital patient awakens just before organs were to be harvested.” By Nina Golgowski, NEW YORK DAILY NEWS. Viewed July 10, 2013 at http://www.nydailynews.com/news/national/woman-wakes-organs-harvested-article-1.1393821 )

(plus “Woman opened her eyes as doctors who thought she was brain dead began to take out her organs for donation.” By ASHLEY COLLMAN, MailOnline. Viewed July 10, 2013 at http://www.dailymail.co.uk/news/article-2358597/Woman-opened-eyes-doctors-New-York-hospital-began-organs-donation-believing-brain-dead.html )