When so-called “doctors” inform you that your child or loved one has suffered “severe or irreversible brain injuries” and is “brain dead”… DON’T BELIEVE A WORD OF IT!

Check out the many stories of BD survivors on this website.

The 2018 case of Perth child, Denishar Woods, is an inspiring survivor story… a classic case which demonstrates that so-called “brain death” is a medical fiction… a fraud perpetrated by organ harvesters on vulnerable brain injury patients and their families.

Denishar Woods, 11, was accidentally electrocuted by a garden tap at her family home on 3rd March 2018. She was taken to Princess Margaret Hospital in Perth. Doctors found that her organs had overheated as a result of the 230 volt electrical shock that she had received.

Doctors placed her on a cooling pad, in order to limit the damage to her organs. Her mother (Mrs Harrison) observed that “They’re just keeping her organs cool.”

The doctors, who were eagerly trying to preserve Denishar”s organs, nevertheless diagnosed her as suffering “catastrophic injuries resulting in brain death” (quoted from WAtoday article cited below). They decided to take her off life support.

Her mother stayed by her bedside, reluctant to leave. She said that “Doctors predict she won’t make it”. 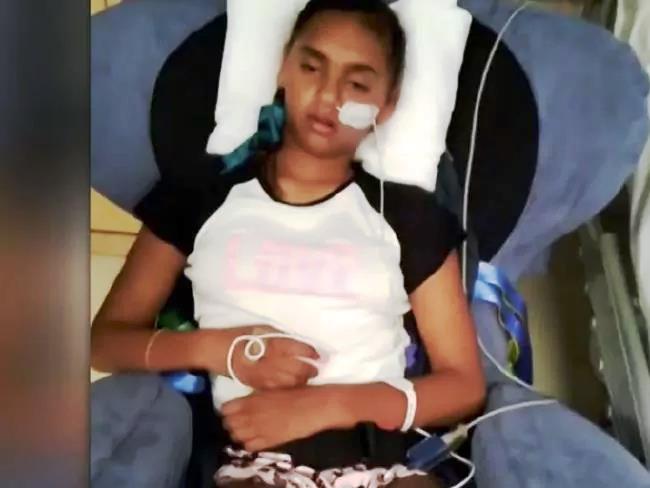 This poor child’s life was now dependent upon whether or not she could breathe without the aid of a respirator: no thanks to the organ-fixated doctors who had allegedly ‘written her off’.

News.com.au reports that doctors were “… stunned… when she started breathing on her own without a respirator (quoted from News.com.au article cited below).

Within two weeks of her accident and “brain death” diagnosis, Denishar began to recover and prove the doctors completely WRONG!. She was sitting up in a wheelchair and eventually she was even able to return to primary school, attending a special needs class.

May God, the giver of LIFE, bless this brave young girl and her mother, who hoped for and believed in her recovery in spite of the continuing negative attitude of medical staff.

SAVE YOUR LOVED ONES… SAY “NO” TO ORGAN DONATION & ORGAN HARVESTING! 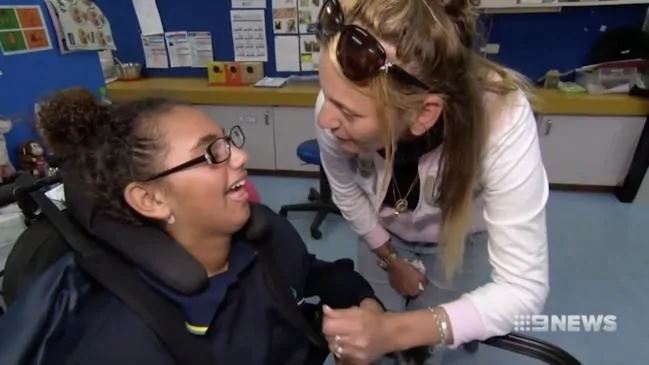 
“Denishar Woods, the girl electrocuted by a tap in Perth, is now sitting up in wheelchair” by Simone Mitchell for News.com.au, viewed online 8 April 2019 at: https://www.news.com.au/lifestyle/health/health-problems/denishar-woods-the-girl-electrocuted-by-a-tap-in-perth-is-now-sitting-up-in-wheelchair/news-story/761329ce38cd5f91b4b4e8a5c37cd8e5?from=rss-basic

“Girl, 11, who was left brain dead after a tap in her backyard gave her a severe electric shock will likely never be able to eat again”, by Andrew Prentice for DAILYMAIL.COM, viewed online 8 April 2019 at: https://www.dailymail.co.uk/news/article-6445257/Girl-left-brain-dead-severe-electric-shock-likely-never-able-eat-again.html