The following is an extract from an interview with Dr Paul A. Byrne conducted by the Randy Engel, Editor of “The Michael Fund” newsletter.

The Morality of Organ Donation

Dr. Byrne: Vital organs (from the Latin vita, meaning life) include the heart, liver, lungs, kidneys and pancreas. In order to be suitable for transplant, they need to be removed from the donor before respiration and circulation cease. Otherwise, these organs are not suitable, since damage to the organs occurs within a brief time after circulation of blood with oxygen stops. Removing vital organs from a living person prior to cessation of circulation and respiration will cause the donor’s death. … 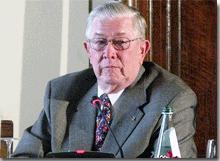 Editor: Since vital organs taken from a dead person are of no use, and taking the heart of a living person will kill that person, how is vital organ donation now possible?

Dr. Byrne: That’s where “brain death” comes in. Prior to 1968, a person was declared dead only when his or her breathing and heart stopped for a sufficient period of time. Declaring “brain death” made the heart and other vital organs suitable for transplantation. Vital organs must be taken from a living body; removing vital organs will cause death.

Editor: It is obvious that organ donation is a very serious matter – literally a matter of life and death for the potential donor and the family of a potential donor, and that everyone ought to be implicitly and explicitly informed about the true nature of so-called “brain death” and vital organ transplantation. Would you review for our readers some of the questions they should ask themselves before signing an organ donor card or giving permission for a loved one to be declared “brain dead” in anticipation of organ transplantation?

Dr. Byrne: If there is any question in the mind of your readers as to the fact that “brain death” is not true death, perhaps they may want to ask themselves the following questions regarding “brain death” and vital organ transplantation:

Dr. Byrne: Thank you for this opportunity to inform your readers about this vital issue of vital organ transplantation. If they don’t remember every thing that I have said, I hope that they will remember this one point: “brain death” is not true death. Instead of signing a donor organ card, I would encourage everyone to obtain a Life Support Directive. A free copy of this document is available from Citizens United Resisting Euthanasia at: cureltd[AT]verizon.net or write C.U.R.E, 303 Truman Street, Berkeley Springs, WV 25411.

Dr. Paul A. Byrne is a neonatologist and a Clinical Professor of Pediatrics. He is a member of the Fellowship of Catholic Scholars and past-President of the Catholic Medical Association. He is the producer of the film Continuum of Life and the author of Life, Life Support and Death, Beyond Brain Death, and Brain Death is Not Death. Dr. Byrne has presented testimony on life-death issues to eight state legislatures beginning in 1967. He opposed Dr. Jack Kevorkian on the television program “Cross-Fire.” and has appeared on “Good Morning America” and the British Broadcasting Corporation (BBC).

(PDF version ‘Vital Organ Transplantation and “Brain Death” : A Re-Examination of the Basic Issues by Dr. Paul A. Byrne’, FRIENDS OF THE MICHAEL FUND NEWSLETTER, Fall 2007.
Viewed Dec 21, 2010 at: http://www.michaelfund.org/docmanager/Fall_Winter_2007.pdf )