Dr Doyen Nguyen says that “Brain death” is a construct for the purpose of organ transplantation… the primary purpose of which was “to define irreversible coma as a new criterion for death”. (Doyen Nguyen OP: a professor at the Pontifical University of St. Thomas Aquinas in Rome.) Dr Nguyen was speaking doing an interview with Italian magazine Radici Cristiane in Rome, May 2019.

“When a doctor declares a comatose patient (whose heart is beating, and whose skin is warm and pink) to be dead, that patient does not thereby become dead.” 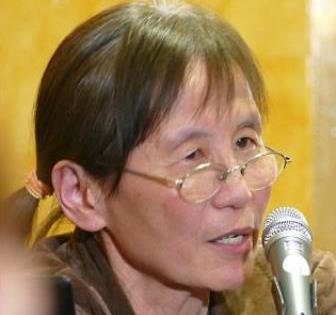 According to LifeSiteNews: Dr Nguyen says that an Ad Hoc Harvard Committee in 1968 redefined the term “brain death” to mean someone in an irreversible coma. Nguyen says this was done in order to serve the interests of the organ transplantation industry and to avoid public outcry that would have viewed transplant surgeons as organ-stealing killers.

“brain death” has been a medical fiction from its very inception.

Dr Nguyen says that the term “irreversible coma” itself ”indicates that the patient is alive, for the simple reason that only a living person can become comatose or remain comatose. In other words, it would be an OXYMORON to say that a CORPSE IS IN COMA!”.

Dr Nguyen says that “brain death” has been a medical fiction from its very inception, and that the real reason why the Harvard Committee redefined irreversible coma as death… is for a two-fold purpose: (i) to have fresh, viable organs more readily available for the transplantation enterprise, and (ii) at the same time, to avoid any public outcry… over organ-stealing.

‘It should be evident to readers by now that “brain death” is a medico-legal fiction, a social construct for utilitarian purposes. It does not take much imagination to figure out that the transplantation enterprise is a multi-billion dollar (or Euro) business. Even the most staunched defender of “brain death,” Bernat, had to admit (albeit very reluctantly) that the concept of “brain death” is incoherent; but, according to him, in the real world of public law and policy, we must compromise so that death can be declared and organs procured.’ 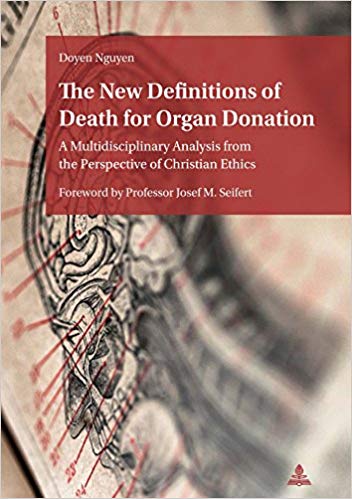 ‘It is not correct to say that “brain death” is universally accepted. As Brugger points out, doubt about “brain death” has become an international consensus, in the sense that quite a number scholars in medicine, philosophy, and bioethics from countries worldwide have recognized that the “brain death” paradigm is unsound.’

‘It would be more correct to say that “brain death” has been universally imposed by legislation in different countries. The materialistic, utilitarian mindset of a consumerist culture has led to the so-called worldwide acceptance of “brain death.” ’

Doyen Nguyen, M.D., S.T.L., is a physician specialized in hematopathology and a moral theologian. She is currently pursuing her doctorate in theology at the Pontifical University of St. Thomas Aquinas (Angelicum) in Rome. Dr Nguyen is the author of “The New Definitions of Death for Organ Donation”, Peter Lang AG, International Academic Publishers, Bern 2018

(From: “ ‘Brain death’ is a medical fiction invented to harvest organs from living people: expert”, by Stephen Kokx, LifeSiteNews, viewed 23 May 2019 at: https://www.lifesitenews.com/news/brain-death-is-a-medical-fiction-invented-to-harvest-organs-from-living-people-expert)

(See also Dr Nguyen’s paper on the determination of death: “A Holistic Understanding of Death: Ontological and Medical Considerations” viewed online at : https://www.diametros.iphils.uj.edu.pl/index.php/diametros/article/view/1175)

An extract from a radio interview:

Wendy Carlisle (radio host): So is brain death the death of the person, in your opinion?

Alan Shewmon (guest): I used to think that it was. But in fact, during the 1980s and early 90s I read a number of articles and gave lectures supporting that idea, and since then I have had to change my opinion about it due to an accumulation of evidence to the contrary. …

Wendy Carlisle: A legal fiction. What does that mean, then, in your opinion for the whole donor debate?

Or go to http://www.abc.net.au/ then click on ABC Radio, then Radio National and finally click on “All In The Mind”.