Organ Donors May Be Legally Alive When Their Vital Organs Are Harvested: Medical Ethicist Says  [SHRINK]

MELBOURNE, Oct 31, 2012 - A respected Australian medical ethicist claims in a new book that patients in intensive care are being declared “brain dead” for organ donation purposes while they may still be legally alive. Professor Nicholas Tonti-Filippini’s book, “Transplantation, Biobanks and the Human Body”, was launched in October 2012 and claims that medical practice has moved ahead of the law, by accepting a lesser standard of “brain death” than the law provides. 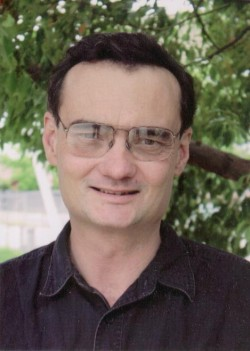 Currently in Australia the law requires irreversible cessation of brain function as the criteria for determining so-called “brain death”, but medical practice is moving away from this legal definition to a more pliable definition, in which the crucial aspect is lack of consciousness.

This pliable definition is clearly intended to allow more organ harvesting from living patients: a vile practice that this website was setup to expose and campaign against. Professor Tonti-Filippini says that doctors are diagnosing “brain death” while there is still some mid-brain function. “They say ‘so what?’, because the person is not conscious” he told the Melbourne Age newpaper.

Mid-brain functions are believed to enable the brain to control certain bodily functions, such as hormone production and blood pressure. Professor Tonti-Filippini says that doctors need to test for blood flow to the brain, but most Victorian hospitals simply test for brain-stem function instead.

His claims are endorsed by leading Melbourne doctor, Professor James Tibballs, a Deputy Director of Intensive Care at Royal Children’s Hospital. He says the current ANZICS test for “brain death” is neither legal nor ethical, and that MOST donors cannot be proven to be truly dead when organs are removed!

Earlier, in 2008, Professor Tibballs called for a review of organ donation guidelines to ensure donors know that their organs can be taken when they are DYING and NOT YET DEAD.

“the current test for brain death in most Victorian hospitals is neither legal nor ethical, … MOST donors cannot be proven to be truly dead when their organs are removed

He said then that clinical guidelines commonly used to diagnose “brain death” could not prove irreversible cessation of brain function, and that the concept of “brain death” introduced into Australian law in 1977 was a “convenient fiction” that had allowed the development of organ transplantation.

Professor Tonti-Filippini told the Age that the new (unlawful) definition of “brain death”… “crept in gradually with no watershed moment” and now “people are being diagnosed as dead and their organs are being taken when… you’d say they were alive”. He said “We have moved from wanting to be absolutely certain that the person is dead to saying ‘This person is in such a state they might as well be dead’.”


“Brain death” is not death. Brain death is not based on data that would be considered valid for any other scientific purpose. -- (Paul A. Byrne MD, “Brain Death: Beyond the Slogan” for Vital Signs Ministries)

[Note: Professor Nicholas Tonti-Filippini is a medical ethicist & Associate Dean and Head of Bioethics at the John Paul II Institute for Marriage and Family. He is terminally ill, due to renal failure & heart disease, and is dependent on dialysis and palliative care. He has refused to be wait-listed for a kidney because of concerns about the brain function test and “beating heart donation”.     Sadly we still seem to be sliding further down the slippery slope of the culture of death.

May God Almighty forgive us for violating His commandment: “You shall not murder” (Exodus 20:13 ESV).]