Baby Harrison was born in Dec 2012, but soon developed a very serious illness. At just three weeks of age, he had a restless night and suddenly became unresponsive. 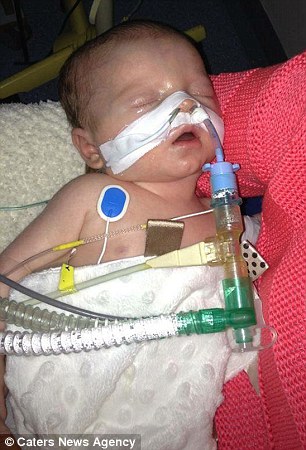 Harrison was rushed to hospital, where doctors diagnosed him as suffering a deadly disease: bacterial meningitis. The baby was then taken by ambulance to Sheffield Hospital, where doctors put him on strong antibiotics for five days. His condition failed to improve and doctors concluded that he was going to die.

‘… brain scan results showed that he was completely “brain dead”’

The baby was taken to a hospice and put on a ventilator and he was expected to die. His parents said their goodbyes and the ventilator was switched off. But doctors were wrong… Harrison was not truly “dead” and, to their amazement, he continued to breathe on his own.

His condition improved, but doctors warned his parents that “he would never be able to walk or talk or feed himself&rdquo. Again the doctors were wrong. Harrison continued to grow stronger and healthier. He is now able to walk and talk and feed himself, as well as read books, run and ride his bike.

This case is just another example which demonstrates that “brain death” is not true death. It is a medical fiction invented to legalise organ harvesting from brain injury patients.

(From “‘This baby was declared brain-dead. But when they turned off the ventilator…” by Fr. Mark Hodges at LifeSiteNews.com. Viewed Jan 31, 2019 at https://www.lifesitenews.com/news/this-baby-was-declared-brain-dead.-but-when-they-turned-off-the-ventilator )

(plus “The meningitis baby who lived AFTER his parents turned off life support” by Madlen Davies for MailOnline. Viewed Jan 31, 2019 at https://www.dailymail.co.uk/health/article-3294796/The-incredible-brain-dead-baby-survived-life-support-machine-turned-s-hitting-milestones.html )