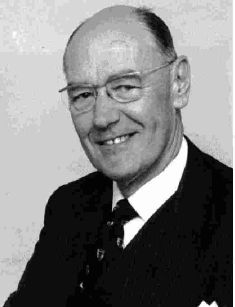 Thank you very much for the kind invitation [to present at the Dignity in Donation Day] which, perceived as an unique opportunity to present uncomfortable facts to an open-minded audience, I would have been delighted to accept 10 years ago – or even 5 years ago, perhaps, after losing a battle with my conscience which compels me still to do whatever I can to make the relevant facts about organ procurement widely known. However, I must reluctantly accept that I am now too old. In declining, I venture to hope that my opposition to human organ transplantation – a position reached, with even greater reluctance, after almost 40 years of intense consideration – might be made known to those attending your conference in some way. In brief and quotable form it can be stated thus :-

Human organ transplantation is Wrong because it necessitates the abuse of the dying or harming the healthy.

Doctors should not be involved in such things.

It should be known that I was an enthusiast for renal transplantation until heart transplantation came along and – because Terence English needed my help for his purposes – I had to look into the means of acquisition of viable hearts and, in consequence, declined to become involved. [Another cardiologist was appointed to enable him to get started in 1979]. It may also be worth mentioning that I was S.R. on a Renal Unit, in the days before transplantation, when we could offer dialysis to only 3 of the 50-odd patients with chronic renal failure who came into our care each year. I might have been instrumental in a twin-to-twin transplant half a century ago had not the healthy brother proved to have a horseshoe kidney on IVP (as we called that procedure then). I suppose I was something of a pioneer by nature, remembering that I developed cardiac investigatory and resuscitation techniques in Birmingham, in the 1960s, and then brought modern cardiology to East Anglia – setting up coronary care units (and prevention clinics), teaching myself coronary arteriography (so that we could start coronary bypass surgery), establishing a regional pacemaking service (the most satisfying thing I ever did), and, recognizing its potential, introducing echocardiography at Papworth Hospital in the 1970s.

From these insights I hope it will be seen that I am not naturally opposed to progress. Nor am I unaware of the miseries of chronic dialysis – though it has to be said that I have also been most impressed by some who hold down highly active jobs while kept alive by such means (and by a retired high-ranking RAF officer who enjoyed flying with me before eventually “dying for want of a transplant”). I have also seen the transformation of life which a successful renal transplant can provide – to a close friend amongst others – and I have witnessed the disappointment failures bring, sometimes accompanied by accusations and criticism of those considered to have raised false hopes.

None of those things is relevant to my present – and almost certainly final – position which, as you know from your reading of what I have managed to get published, is based on true science and my understanding of a doctor’s duty towards his patient. The fundamental problem is that one cannot get transplantable organs – expected to function in the body of another for 10 years – from the truly dead. Hence the attempts to redefine death in an anticipatory sense for that purpose. All of them – the neurological and the recent faux circulatory – redefinitions are, as Shah et al. pointed out in J Med Ethics last year, no more than legal fictions – inventions for the purpose. Added to that are the terrible things certain members of our profession seem willing to do to their patients before they are in any sense dead when the condition of the wanted organs becomes the paramount consideration.

I have often wondered if I am wrong in my understanding of the neurological concepts and criteria of human death but, perhaps in consequence, I have become ever more convinced that the proper scientific attitude (to the critical consciousness element particularly) is “We just do not know”. That seems to be the assessment of the neuroscientific community outside Medicine wherever one can get it even to consider the matter. An authoritative view is that “Science cannot address the problem of consciousness” – though some Nobel Laureates have tried. Unless and until that changes, there can be no question of considering a brain dead while blood continues to circulate through it. How long, after the truly final cessation of all such blood flow, one must wait before deciding that a brain is dead is the question which requires scientific investigation for the provision of a reliable answer. It is, of course, a complex question requiring the consideration of variables such as prior nutrition, temperature, etc. My personal clinical observations suggest that (at ordinary temperatures) that period is greatly in excess of the waiting times currently in use for ‘DCD’ organ procurement. [I once resuscitated a neurologist after some 40 minutes of cardiac arrest – during which there was some ham-fisted chest compression/ventilation – and he returned to active consultant practice].

If parents are not told, frankly and fairly in terms they can be expected to understand in their distraught state of mind, that their “brain stem dead” children will … react during organ removal as if they might be suffering, then they have been most wickedly deceived …

I have also wondered why I continue trying to make the truth about transplants known after some 35 years of pretty ineffectual effort. At first it was the bad science and intellectual dishonesty involved in calling brains “dead” when only tiny parts of them had been tested which motivated me. As time went by, the more powerful motive became concern about the deception of vulnerable people by those – particularly official bodies – intent on getting more organs for transplantation, seemingly at any price. I sincerely doubt if all those millions whose names are on the NHS Organ Donor Register fully understand what they are deemed to have agreed to by ticking boxes offering their organs “after my death”. If they did not understand that they might be certified dead for that purpose on controversial criteria, not accepted in the USA, rather than the age-old criteria of death as commonly understood, they were deceived by the wording and their “consent” is invalid. If parents are not told, frankly and fairly in terms they can be expected to understand in their distraught state of mind, that their “brain stem dead” children will (although paralysed with drugs to facilitate the surgery) react during organ removal as if they might be suffering, then they have been most wickedly deceived (by omission). I could never have allowed one of my children to be used as an organ donor. To me, that would have been the betrayal of the absolute trust which a child has in his parents. I cannot imagine any parent who knew the facts, as I do, allowing his or her child to be so abused in departing this life. That some have been persuaded to agree to it forces me to conclude that they cannot have been fully and fairly informed.

As for the procurement of kidneys and parts of livers from healthy donors, I can only say that I don’t know how any doctor can operate on his patient not for his good but knowingly to do him harm.